The canis lupus familiaris (domesticated dog) species fascinates humans, as well it should. There is considerable evidence that without tame dogs to help humans would probably never have moved from hunter/gatherers to herders and farmers. Communication helped that to happen.

Horses are great transportation but aren’t very smart; they also don’t bond with people enough that they naturally watch for dangers posed to their owners. Horse owners may disagree but I’ve been a horse breeder and they simply aren’t as smart or not smart in the same way as a dog.

Dogs, on the other hand, naturally guard us and our flocks. They become members of our families (packs), and offer companionship. It took no great scientific experiment to know that dogs don’t sleep like people. Anyone who has owned dogs knows that one measure of when they stop being puppies is when they stop sleeping soundly. Dogs are incredibly sensitive and their sense of smell is well-known. Other animals may have similar senses but only dogs tend to let their owners know when they think something is wrong. That’s what communicating is about. 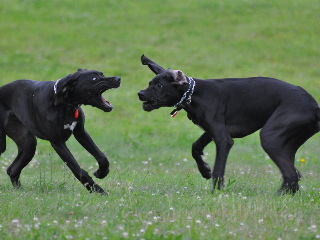 Puppies play hard, they are predators 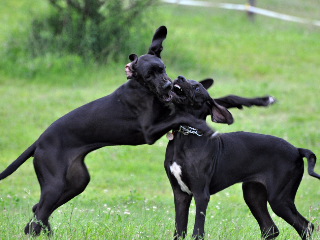 Dogs are predators and when puppies play they play-fight. The above puppies are just playing and as adults were gentle as the lambs they sometimes guarded. 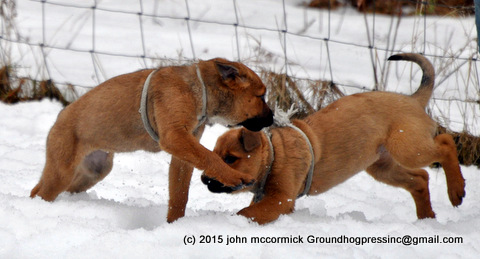 Saint Weiler Puppies playing rough at only 10 weeks of age

Many dog breeds are also ready to defend their pack, including humans, and even herds of domesticated animals as shown even in puppy play. The above puppies are St. Weilers only a few days after being taken home. 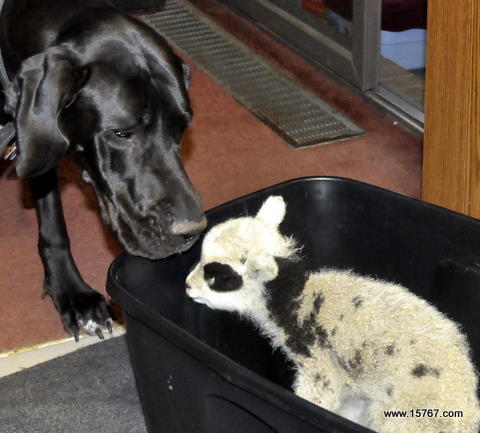 Great Dane communicating with the newest member of the family

But how much else of what dog owners feel they know about their canine partners is real and how much human imagination? Certainly a species that can become emotionally attached to automobiles and even assign emotions to them can anthropomorphise a cute puppy.

Could a dog really feel jealousy?

Does your dog understand speech?

How do you know if your dog really loves you, or just recognizes you as a tall source of food?

Doggy Answers: What We Know

Science, both new and newly rediscovered, has answered a lot of questions people have about their dogs and mostly the prevailing wisdom of dog lovers is correct.

To begin, Soviet experiments back in the last century were applied to fox breeding because they raised them for fur and needed a tamer animal, but the study obviously also applies to dogs. [Scientific American]

Dmitri K. Belyaev, the lead scientist, used the simple process of selecting foxes who were the least shy of humans and breeding them. In a very short time he produced “tame” foxes. They also changed size, coloration, and even developed drooping ears.

No wild animal except the elephant has drooping ears, yet nearly every domesticated pet animal does. You may think many dogs have raised ears but that is mostly a fashion statement by owners who put the puppy through cosmetic surgery (a practice that is frowned upon by many animal doctors and actually forbidden by law in some places such as England and Wales). 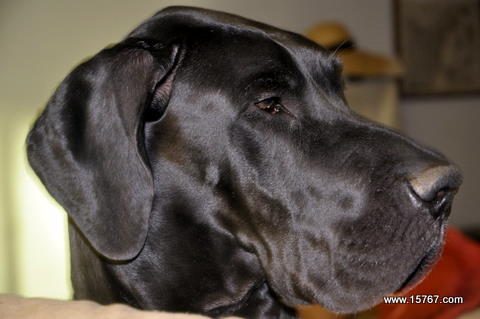 You’ve almost certainly seen Great Danes or photos of Great Danes with ears sticking up like Doberman ears (which are also surgically altered) but that isn’t natural. This is what they look like normally.

Jealousy – we know children can become jealous very quickly if we pay attention to another or even just want to sit quietly and read, but what about dogs?

It will come as no surprise to anyone who has a dog to learn scientists have concluded dogs really do feel jealousy or at least act exactly as if they do (which is probably as much as we know about humans), pushing between the owner and object, even going so far as to attack stuffed dogs that an owner favors – which can explain some seemingly random destructiveness when your otherwise well-behaved dog decides to shred a favorite pillow. [PLOS]

I notice that all the dogs tested in the research were small dogs (the kind I would class as excitable) as opposed to the kind I’ve owned, such as 140-pound Great Dane bitches or my 220-pound Newfoundland).

CheckThe more laid-back breeds may “feel” jealousy and are just more emotionally mature (my personal opinion, based on observation, not backed by research).

Human dog owners all feel that they can easily tell if their dog’s bark is nervous, threatening, or merely playful, but it has now been proven that dogs can tell nearly as much about their humans’ voices.

Attila Andics, a neuroscientist in a research group at the Hungarian Academy of Sciences at Eötvös Loránd University in Budapest, has used FMRI (Functional MRI) brain scans of pets and found that dogs’ brains have a speech center just as humans do and that it responds when they hear speech.

That means that people are probably correct when they say their dog seems to understand what they say and don’t just respond to commands as rote responses to a given sound. That would also explain why MY dog pays more attention to my commands than does my wife’s, and vice versa for HER dog. 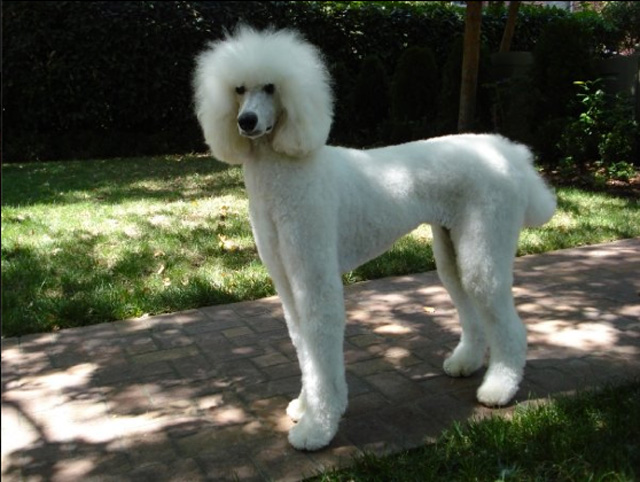 Poodle – Emma The Supermodel Loves To Dress Up